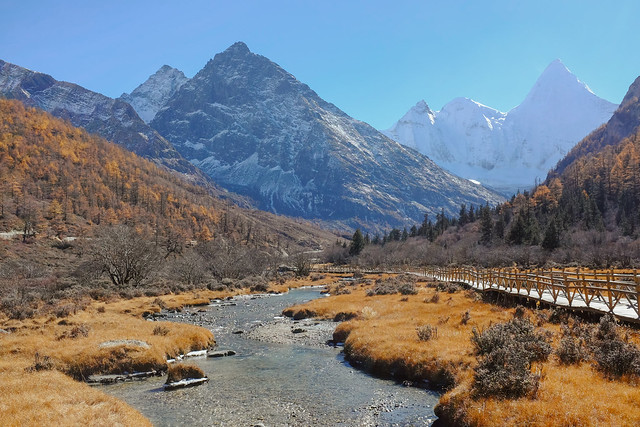 This has to be the highlight of the whole China Yading trip. We had been travelling from Lijiang > Tiger Leap Gorge > Shangri-La town > Dao Cheng and finally Yading village, just to get to the main highlight here.

We woke up early in the morning before daybreak, and paid our host Nima to bring us to the entrance as the bus started only at 8am. With very slight hint of daylight, we moved slowly towards the Chong Gu farm with path illuminated by torch light. We had to keep moving to generate body heat to keep ourselves warm, the morning air was so chilly! However, walking at such high altitude was like jogging, the breathing became heavier as we moved faster. My lung was begging for more oxygen, while I dragged my legs slowly uphill with Uncle Wang. Wang He and Hans, already went much ahead than us, I wondered whether they have some kind of genes that let them adapt to high altitudes which I don't. I conjured up images of paradise in my brain, with the sound of flowing river beneath the platforms we stepped on, to keep me moving.

The day slowly brightened up, and it became clear to me that not so far in the distance, Yangmaiyong sacred mountain loomed. The peaks of the mountain was illuminated by the magic hour. 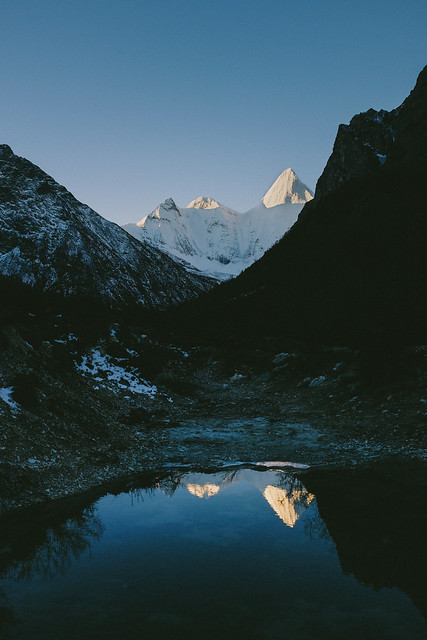 Nose running and my bladder felt like overflowing, just after we stopped for photographing the sacred mountain. Then, as we walked, we passed by another sacred mountain, Xianuoduoji with sublimation against the light. 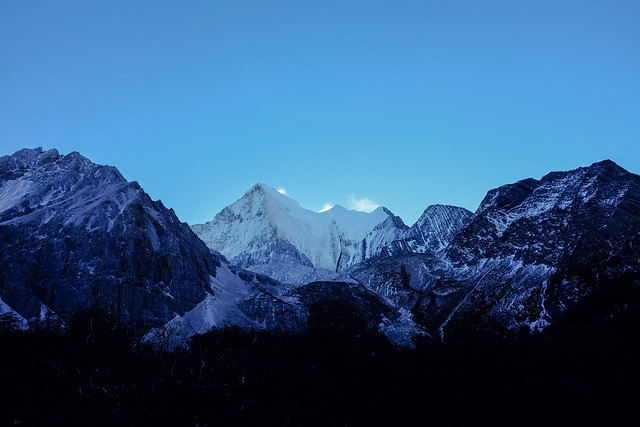 The sublimation was a sight so beautiful to behold of. 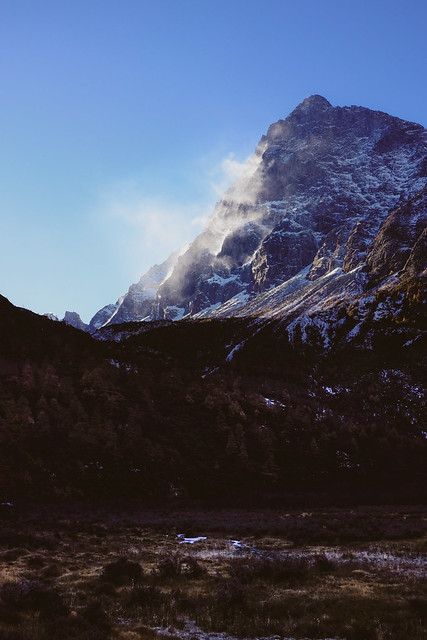 Then, not far from Xianuoduoji, the Yangmaiyong sacred mountain, presented Herself in this magical morning light fully in front of us. 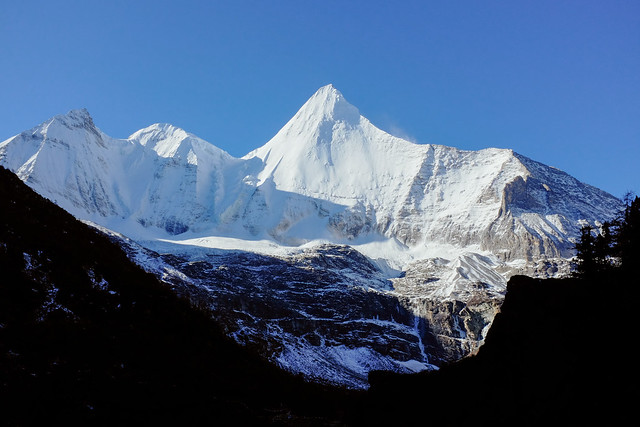 Then there is this yak farm, so surreal, at the end of the walkway, with majestic view of Yangmaiyong. This valley is shielded from civilisation and pollution, that suits every definition of heaven. 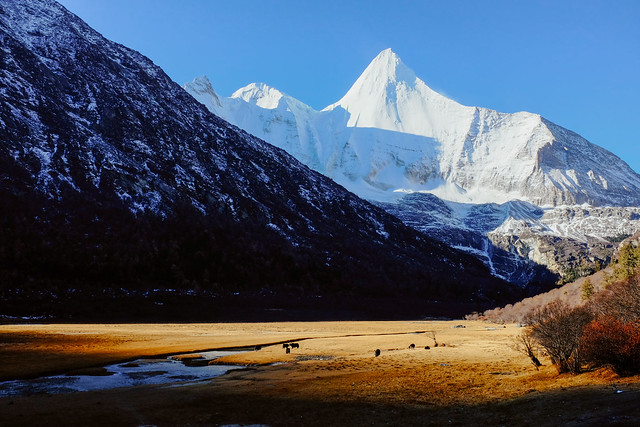 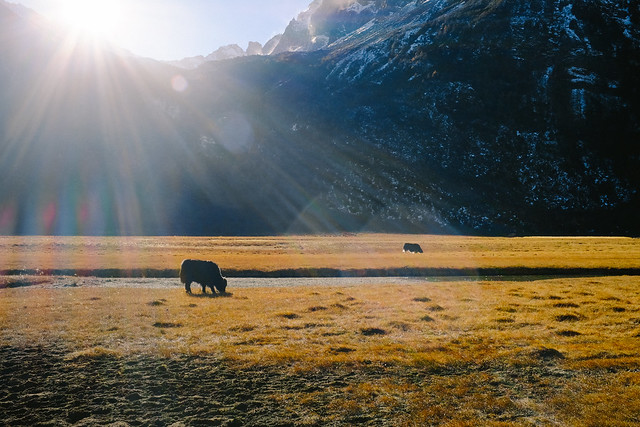 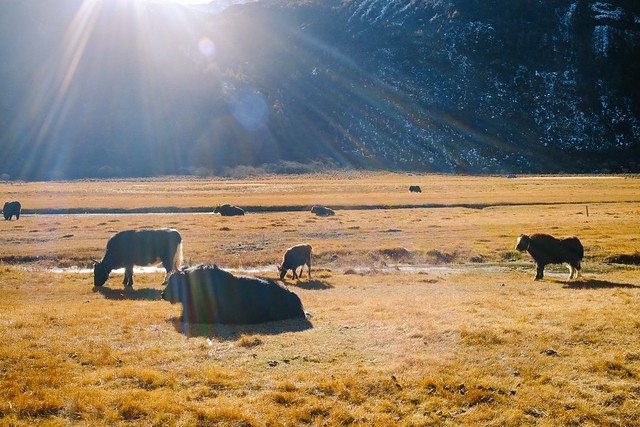 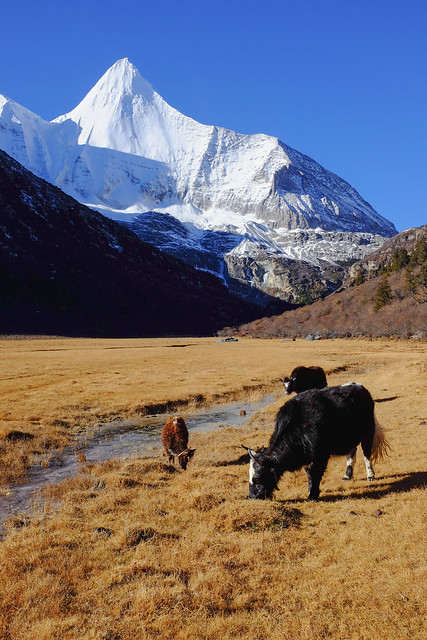 Though this view did not make the trip easier. I dragged my feet and continue to move uphill, like the Tibetan pilgrims do. Tibetans are so good at this that with minimal protection but a will as strong as steel, they traverse the mountain ranges with ease. We reached a point, where network of prayer flags erected, and strong wind rushing at such speed that I would be blown away if I was any lighter. 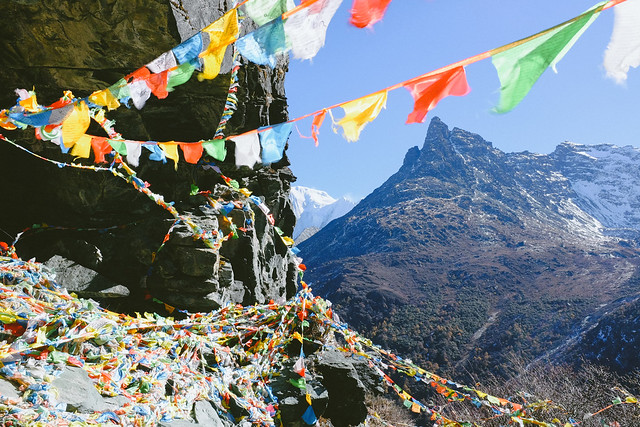 We knew we were almost there, the milky blue lake. I picked up my pace, to get to the lake. I thought we were supposed to be one of the earliest to be there but other hikers who took the first bus caught up and even surpassed us. 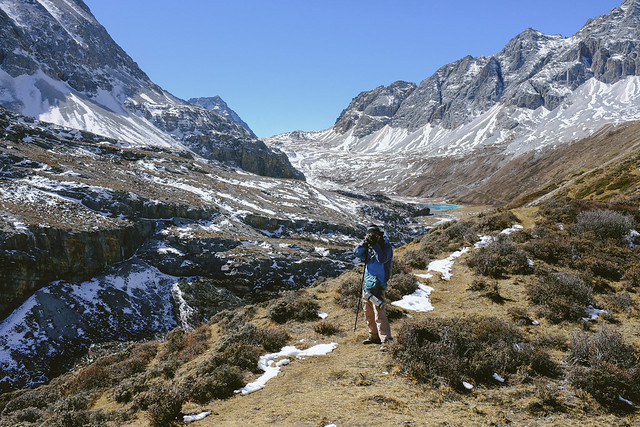 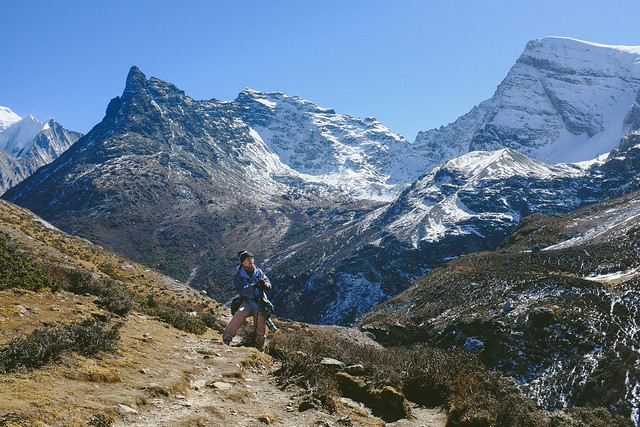 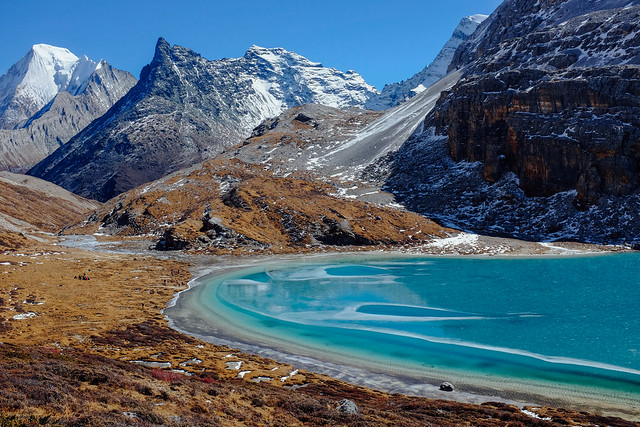 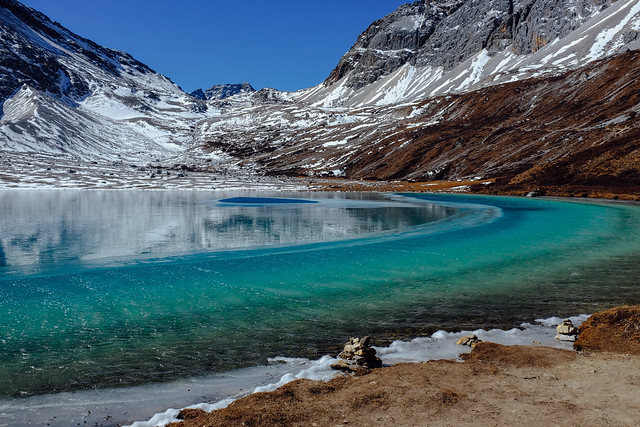 It was indeed awesome, and a sacred lake by all means. Seems to be formed by water melted from the glacier and snow. It's refreshing just by looking at the pictures from where I am now, where it is humid and hot. This is a glacier lake that all Tibetans respect.

The other lake, the Five Colours Lake is just around the corner. Perhaps the sun was already too high in the sky, I did not see the five colours in the lake. 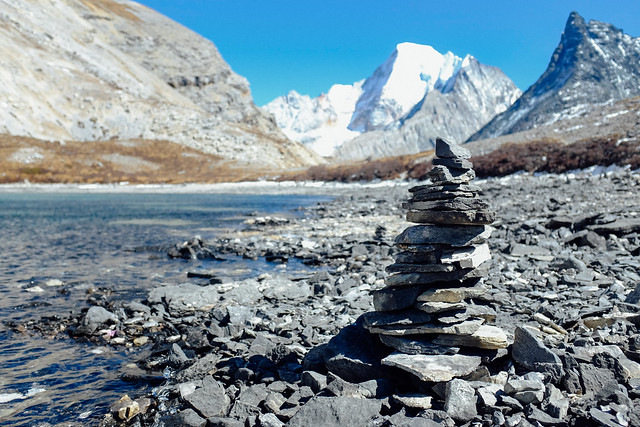 After the lake, we started making our descend, with my stomach still empty except two sausages that I bought from the store outside the guest house. The descend felt so much easier than ascend, albeit a bit hard on the knee. While on the way down, we met another group of girls from Guangzhou and we chatted and went down together.

When we got down, it was already quite late into the afternoon. Uncle Wang and me did not take the easy way with electric car back to the entrance of the park, instead we continued to walk the same path back and see the park in different light. However, most of the path were shielded from the sun as we walked into the valley. 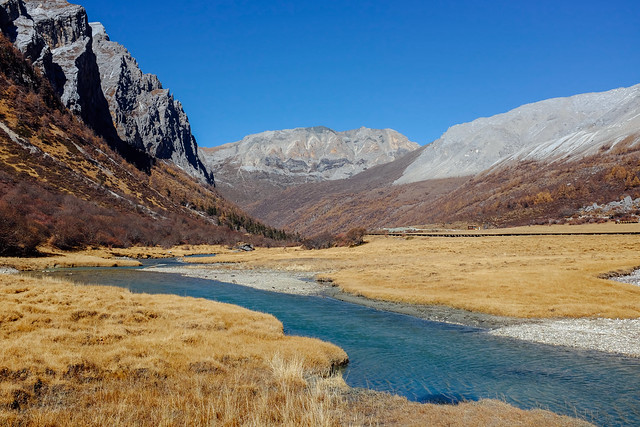 Took a last look at the Yangmaiyong mountain, before I bid Her goodbye. 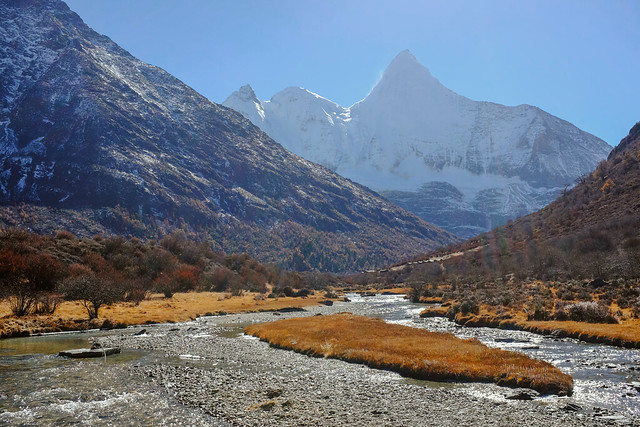 Feeling exhausted from the hike, it was about time for the last bus to leave Yading to meet up with AMS-stricken Gilbert and Pan who accompanied him, and then we went back to Daocheng.
Labels: China Shangrila travel
Location: Daocheng, Garze, Sichuan, China