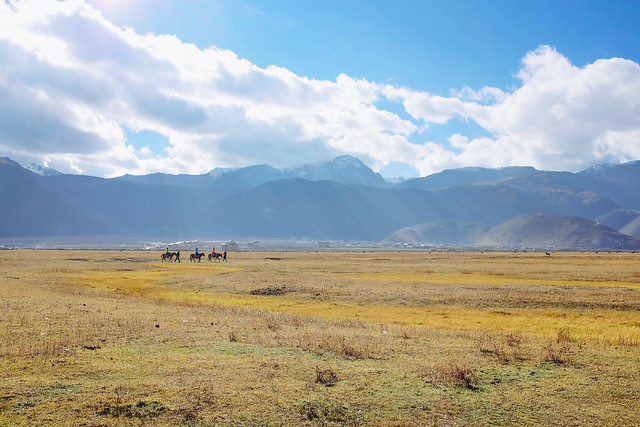 What's your definition of Shangri-La? Does a grassland in the highland with horses grazing the grass, surrounded by rolling mountains, suits what Shangri-La should look like?

We came to this county designated by Chinese state government of Yunnan as Shangri-La, after a few hours from Tiger Leap Gorge. It was however, not a place I imagined it to be. Gilbert was down with AMS, feeling uncomfortable upon getting down from the van that we took. Instead of only a night here, we stayed an additional day just to let him get better in this altitude.

After checking into 红石头客栈 (Gesang Garden Inn), we took him to the hospital, and the rest of our first day here was slow and relax. In the afternoon, we played mahjong with the inn staff, Xiao He, who was very friendly and cooked medicine 红景天 that supposed to relieve AMS. The inn is furnished in Tibetan style, which I like very much.

We settled into a Yak steamboat shop down the street after the recommendation of Xiao He. The steamboat was a god-send. Somehow, the lady boss sat beside us to chat with us while she was not so busy, as we also chat with a nice Chinese lady that was on her own here. We did not go out to explore the streets but indulge ourselves in warmth beside the stove accompanied by the scents of Yak and spices. It was a nice encounter, as we chatted into late of the night and even took a picture together with the lady boss and the nice lady. We even went to her boutique hotel for sightseeing.

The next morning, as usual, I woke up as dawn light stole into the slits of the window sill. The two of them were still asleep, and so I picked up my X100s and walked outside to explore the sleepy morning of Shangri-La. There were frosts on the plant, and on the soil. The late autumn happened earlier at such high altitude. 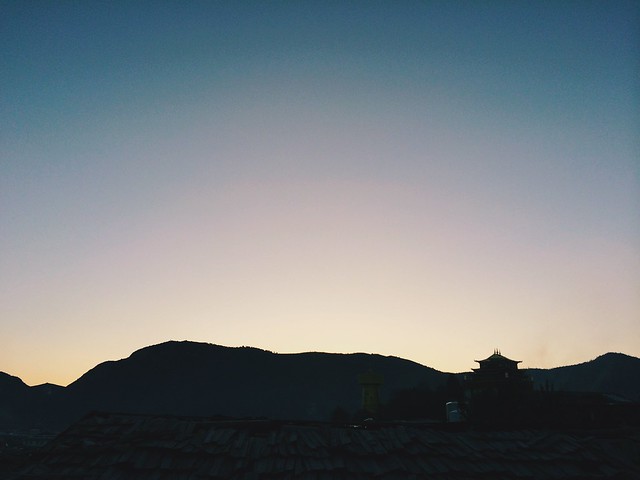 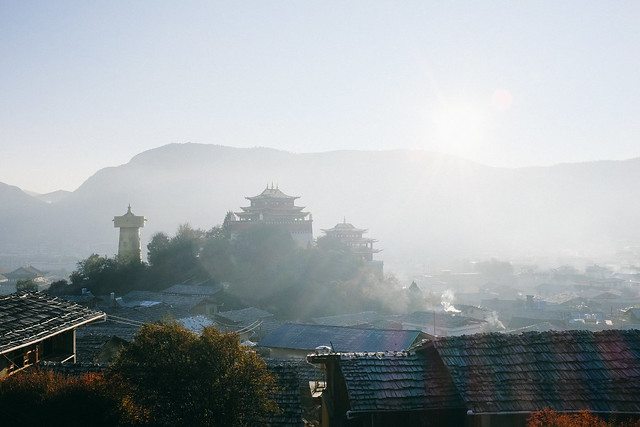 Black pigs roaming freely, munching on rubbish and basically anything they see. 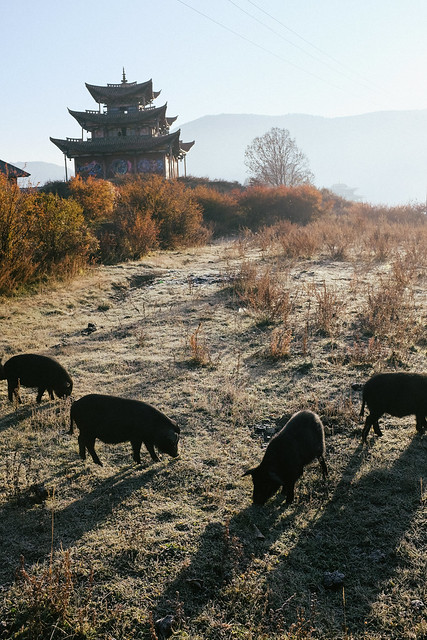 Then, as I climbed the hill, I met a man stretching while facing the city. The view was so... awesome. 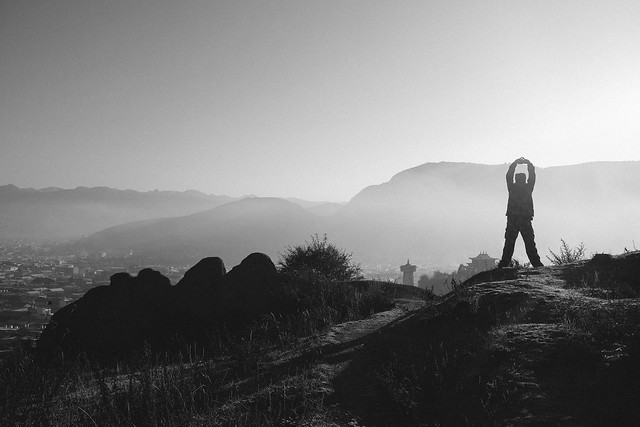 I chanced upon a local temple which I brought them both to visit later. I worried that they might be looking for me, so I went back but only to find them waking up in the late morning.

After breakfast, Gilbert was still not well, so we decided to stay in the town for sight-seeing and that was when I suggested them to visit the temple. It was a very small temple, but I was glad there were no tourists here. The slope that leads to the temple from the city had Yaks grazing the grass, which we had some fun taking picture with as they were so tame! 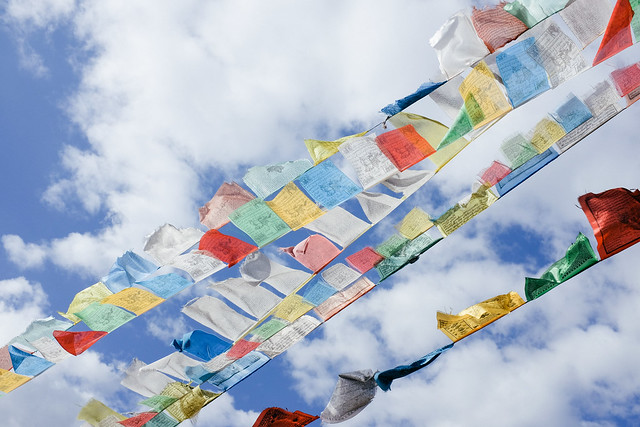 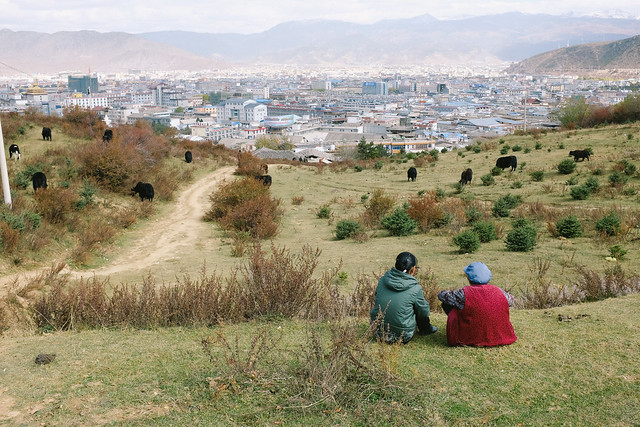 After lunch, we decided to rent bicycles to cycle to the nearby plains. Initially we were worried that Gilbert was unable to go far but he was like back to life the moment he put his feet on the pedals! We cycled to the outside the city, stumbled upon some random plains and decided to go into the plains. That was where we met an artist there taking inspiration from the scenery around us.

The light and shadow play of the nature was amazing, creating beautiful lights around the clouds, mountains and on the plains. 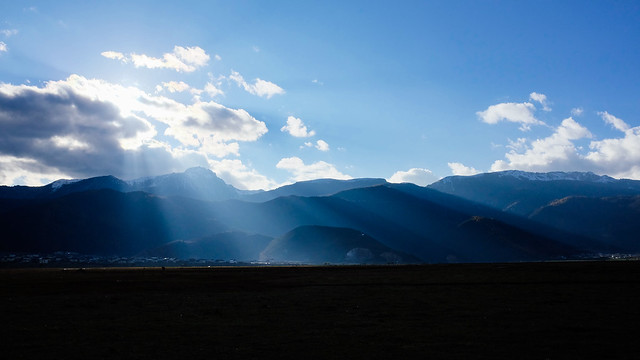 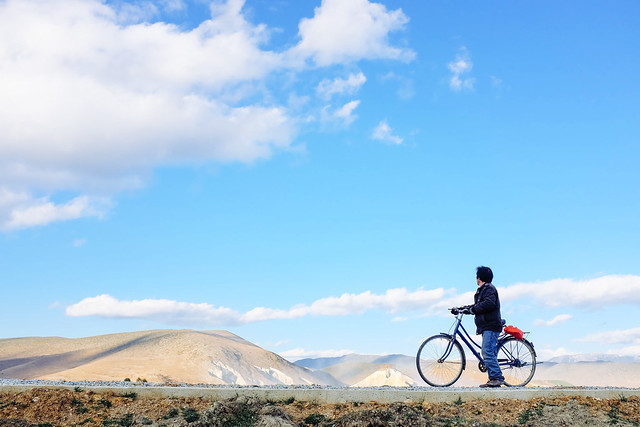 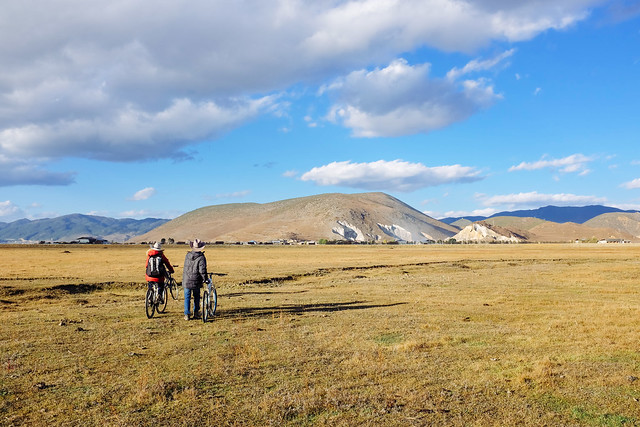 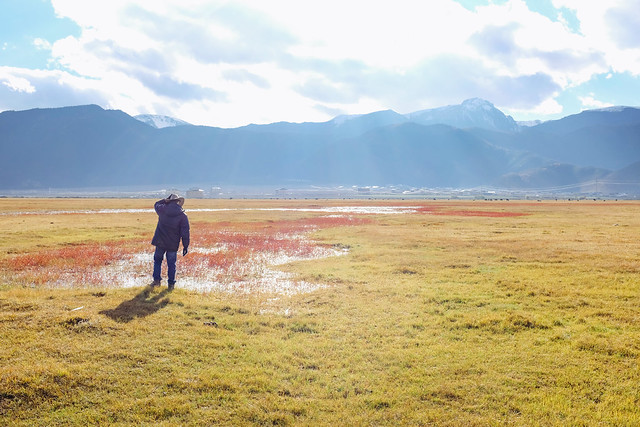 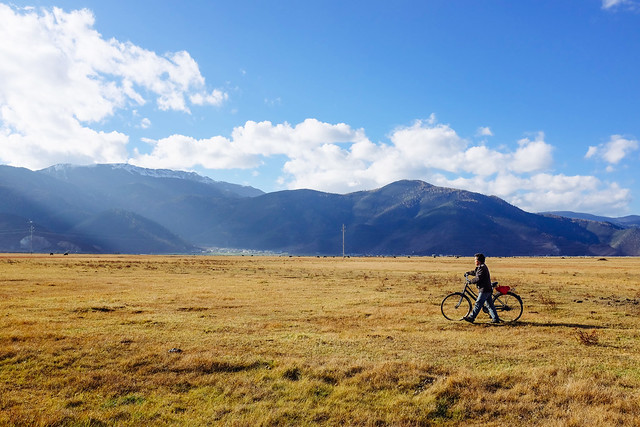 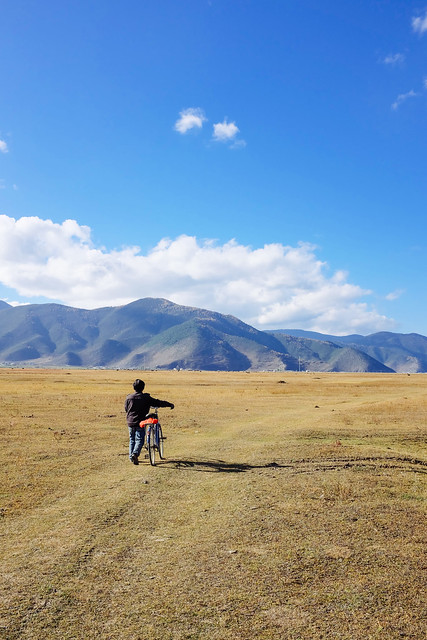 The clouds move so fast that in a few minutes time, shadow cast all over the plains. Then, I was surprised to encounter horses roaming on their own here. White horse too! It was like a utopia, when the fast moving clouds let out rays of light that shone on the horse. I got excited and ran to the horse while leaving my bicycle behind. 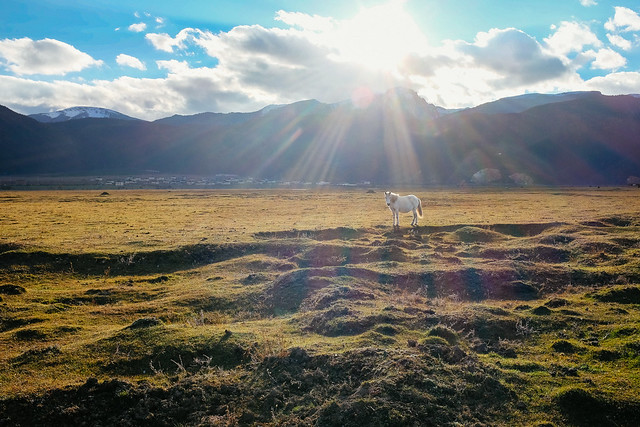 Oblivious to my existence, they continued to graze while I snapped happily. I even got to pet the white horse before it galloped away. 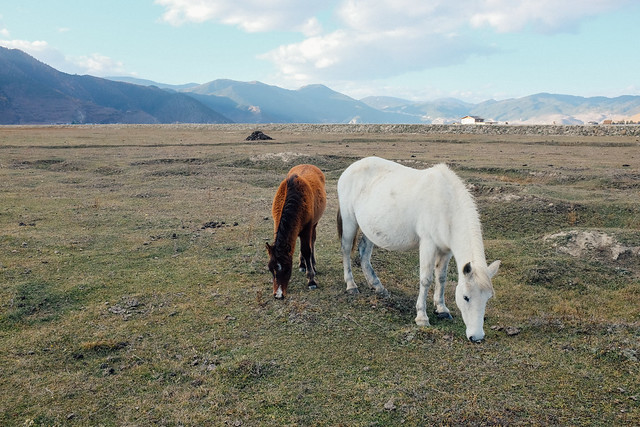 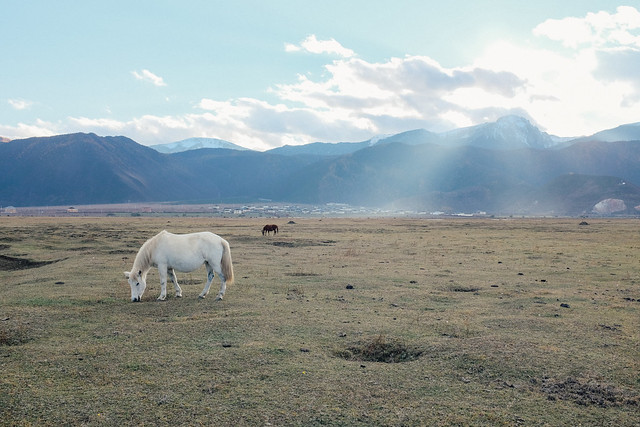 As sun set behind the mountain range, we made our own way back to the city for dinner, taking detour. We slept after viewing the starry sky from the roof top.
Labels: China Shangrila travel
Location: Shangri-La, Deqen, Yunnan, China