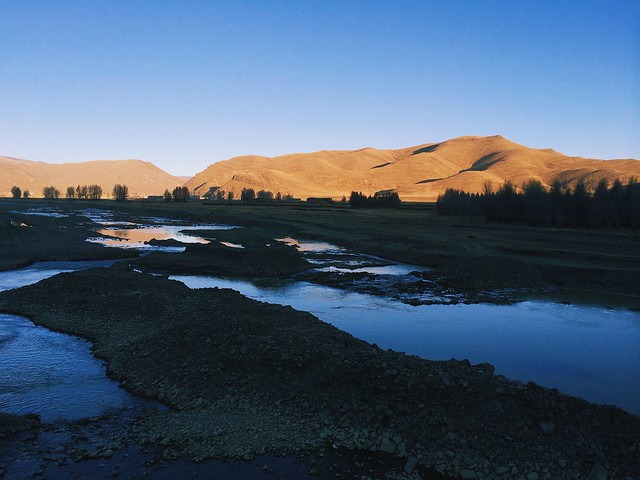 Getting into Daocheng from Shangri-La town (Zhongdian) was easy, which is by bus. The journey was however, very very long.

The bus started at 7am, after we managed to grab a quick and simple breakfast: sweet corn and pau to munch on. It was cold, with single-digit temperature, frost formed at the windows and things outside were very dead. My bladder got full only after about 2 hours of journey, and Hu Pan started to feel nauseous and vomited into a plastic bag. It was such a big relief when the bus finally pulled over and stop at a wooden hut for a break after driving non-stop for 4 hours. 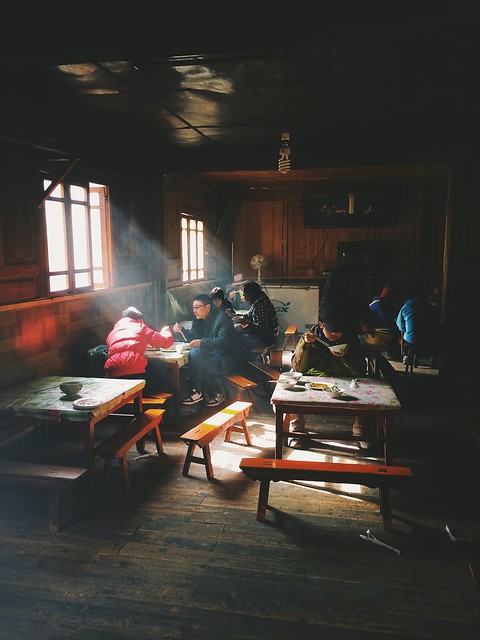 Poor Hu Pan had to pass out the bowel movement in some very primitive toilet due to her diarrhoea and nauseous. I had to use my scarf to cover my nose when I empty out the bladder, as the drains were full of ****. We did not manage to eat any lunch here before the driver asked us to get back into the bus and another 4 or 5 hours journey before another stop. How lucky we were to meet a group of exploited Tibetans putting up a strike and blocked the only road. We got stuck for about an hour there.

Finally, we reached Daocheng at 8pm. The total journey was 13 hours, amazing.

We checked into Jiang San Ge hostel immediately before getting our lunch. The uncle is a very friendly middle-age man that looks like a HK actor. He is the kind of person beloved by chinese backpackers, who invited us to his living room and had hot tea together with him and his wife. The hostel was reasonably clean and comfortable, albeit we stayed with two other people that we didn't know. Now we know them, as we became friends with each other and even went on to Daocheng Yading together.

Wang He and his father suggested we woke up early in the morning to chase the light. 胡杨林 (Huyanglin) or so he said. After a quick brush-up and taking the electric scooters and bicycle, we braced the dark cold morning and departed, taking turn to take the bicycle as we got tired. As we arrived at the destination, we realised Autumn came earlier than us to claim the yellow leaves. The effort to wake early for the dawn is still rewarding, as how it appears in the view of the brown chocolate hills in the distance. 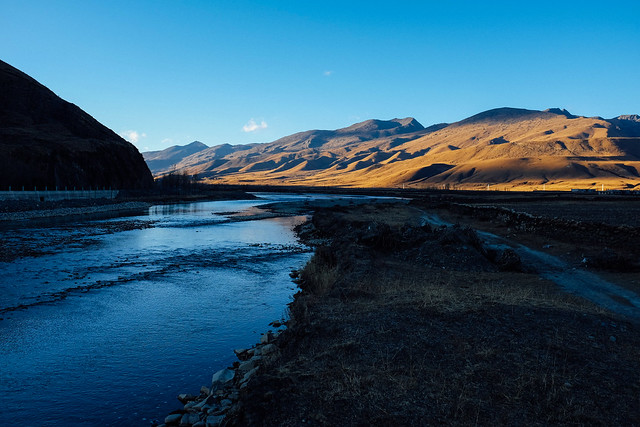 We went back to the hostel for breakfast and a short rest, then we continued to explore Daocheng before the heading towards our main destination: Yading. 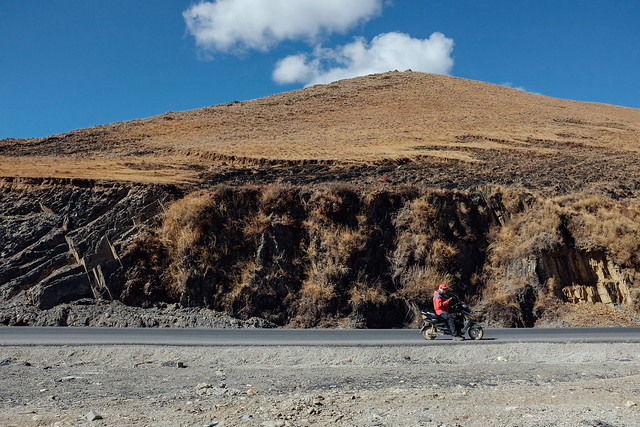 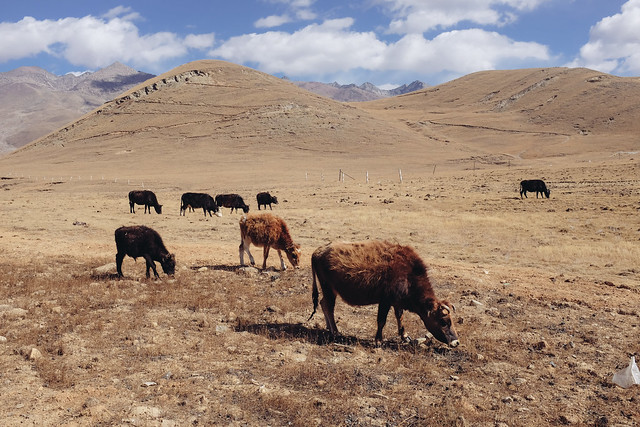 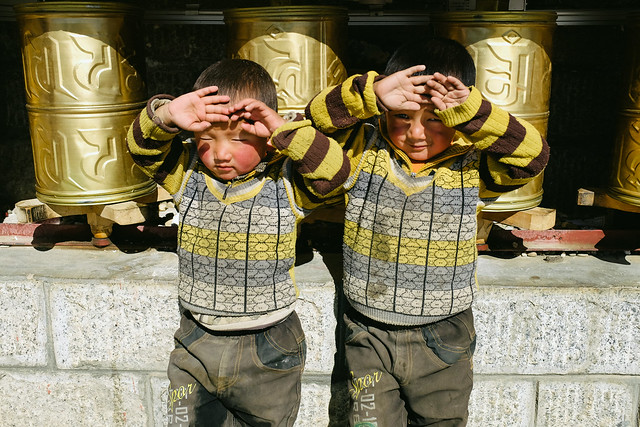 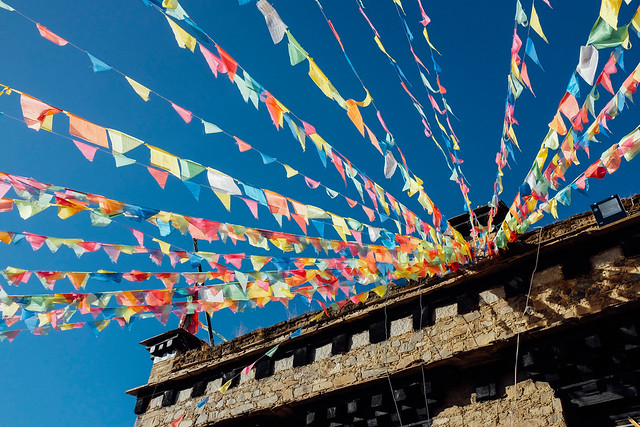