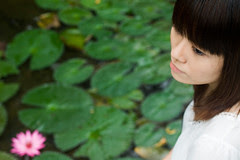 This time, the photos should do justice to MK, since the big failure last time? My sis threw a comment to me a day before, saying she should be not photogenic. So sorry, my last batch of her pictures are just too too discouraging.

Originally planned to shoot in her new village, about a theme, where she grows up in. However, seeing the lively Saturday morning new village, both Ailin and me were taken aback and decided to do it in other places. Oh, Seremban... and 8.00am in the morning. Fresh air in the morning.

Maybe it's already a common sense for us Serembanese, the place that popped into our mind when we were seeking a scenic place was Lake Garden. Well, being nostalgic here, going into the small recreational forest that we used to camp and play around.

To our surprise, there were so many people inside the park! Photographers shy to take pic pulak... We walked around in the park and decided to start shooting despite some boys that beamed at us with curiousity. Eventually, the shyness subsided and we were shooting without giving a damn of the others. 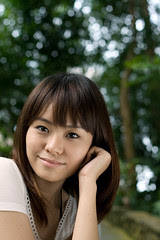 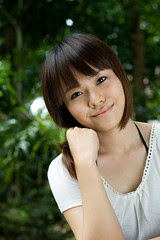 I hope now she will be able to stand out and tell herself now, 'who said i'm not photogenic?'. At least both me and Ailin are confident in this batch of photos. 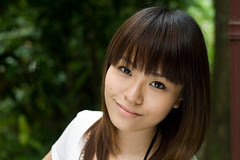 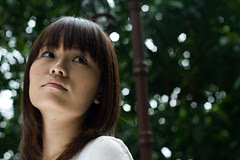 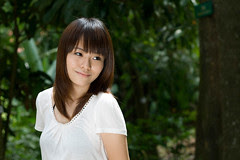 Some after thoughts:
1. It's really important to have reflector when shooting portraits!!
2. Model should be sporting like MK, willing and know how to pose naturally.
3. Not much depths in the photoshoot, only portraits, portraits...

Behind the Scene Pictures: 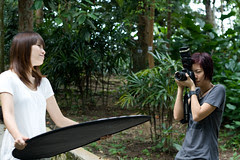 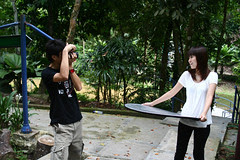 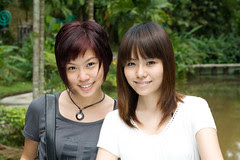 mk said…
Hey thanks for your compliment. I wish this will be the opening remark on your journey to professional photographer. Really appreciate both u and ailin did. Many thanks to u guys...
July 28, 2008 at 11:05 AM

marcusfootk said…
huh, this is a better batch compare to the previous one. MK did a good job too by posing naturally.A Su, early early also u should learn from ai lin so that the ugly side of MK is not reviewed by ur blog readers. Now i think MK image has gone and hopefully this batch able to save her...hahahahha.....
July 28, 2008 at 12:17 PM

Kanki said…
mk, no such thing as professional photographer, just for fun and hobby. It's great that you like the pictures and sorry for the disaster last time! ha ha.