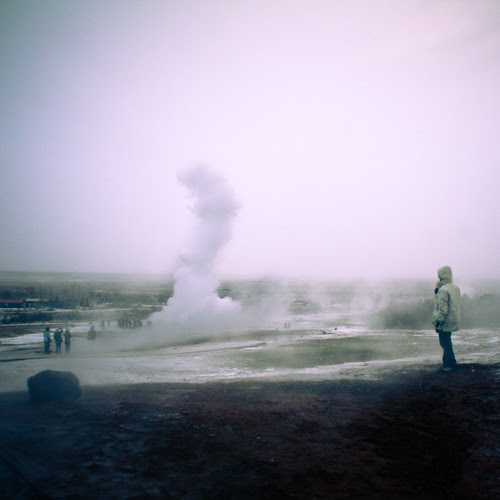 Explosion of geysers, fissure of continents, waterfalls, all in a day. This is none other than the classic Golden Circle route which first timers in Iceland will take. The route lives up its name as the route that showcase the many different faces of Iceland, or the best of Iceland! Yet, I think Iceland still has much more to offer than these.

After a good night's sleep in the comfy-homey Laugarvatn Youth Hostel (highly recommended, I wished I could spend another night here), we set off in dark morning, seeing the snow, sighed but what could we do with the weather?

Left look, right look, Laugarvatn, in between Þingvellir and Geysir, Gullfoss. No shortest path here. Luckily they are all within 1 hour's drive. 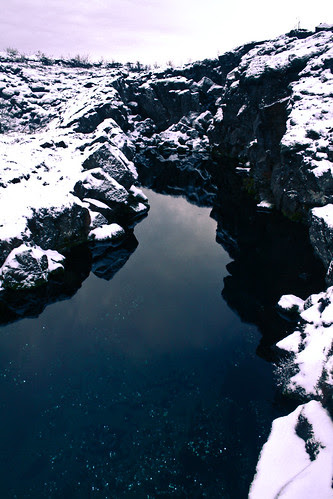 A shot taken in Þingvellir National Park. Nikulásargjá, or better known as Peningagjá, Coin Fissure in English. Can you see the glittering coins littered up at the bottom of the fissure?

A significant fact about this fissure, besides the magnificent view of it. By crossing this rift, literally you traversed through Europe and America continents! So I can tell others that I had stepped foot on American continent too! Haha. 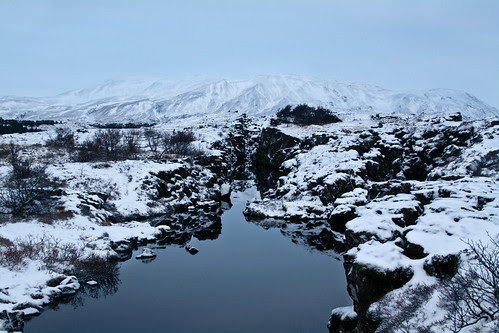 Time was running short, the daylight was short. We lingered too long time here and had to rush to the legendary Geysir! Before that we made a short stop to Kerio, but nothing interesting about the dead volcano mouth here, because everything was white...

After about another half an hour, we came to a place covered in mists, passing by landscape that I only can dream of now. Sound of water sprouting could be heard, that told us, we were now in Geysir! 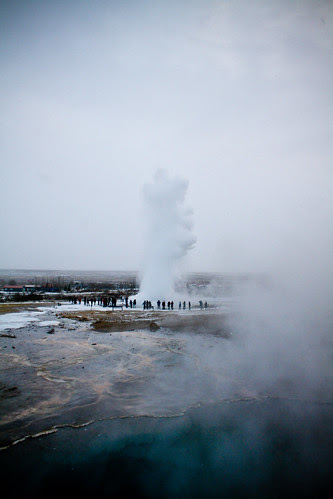 Strokkur Geyser, now being the main attraction here, instead of Geysir, the original geyser where 'geyser' derived the name from, exploded once in about 10 minutes.

Everyone was being patient here, waiting for Strokkur to put out its rage against us from the earth, then at the moment of its explosion snapped happily like no tomorrow. 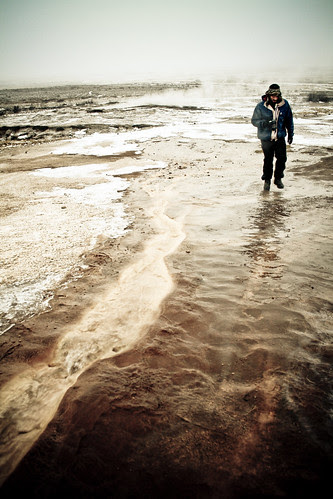 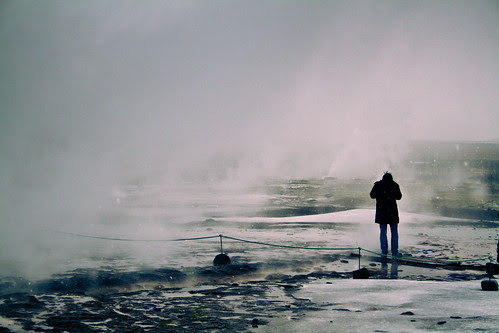 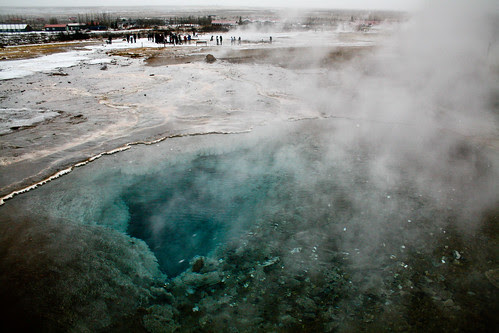 Beautiful colour, mysteriously turquoise water boiling from the earth and as if already a norm, I could see coins littering on the bottom.

Next stop, the final, ok, the last place we got to see in daylight. Golden Waterfalls! 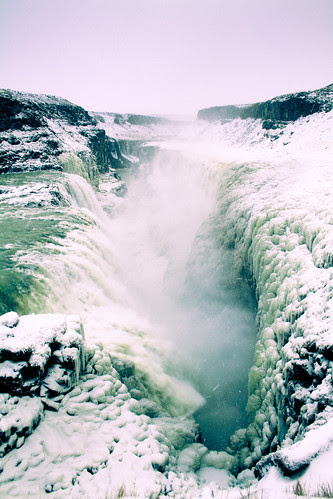 Just a few kilometers away from Geysir, there lies the majestic Golden Waterfalls or Gullfoss. The waterfalls, might not look as impressive as the Niagara Falls or the Queens fall, it is still carrying the name of the "most visited" and "most popular" waterfall of Iceland. No rainbows in the winter to be seen, neither crowds, perhaps to be optimistic, this is one of a better time to visit the fall? 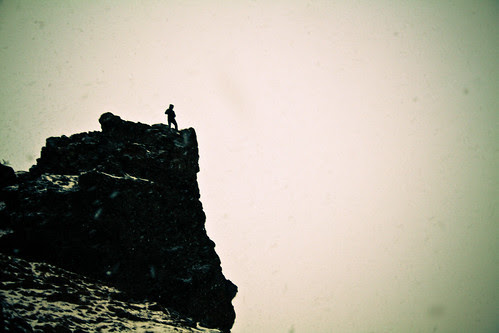 We further wasted a bit more time here by waiting Jevon to trip and fall so many times that BS decided to video his miserable experience so that it can become a laughstock for us in future.