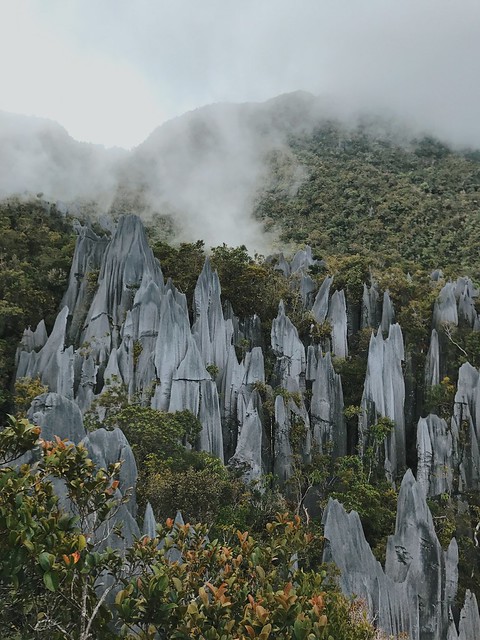 Most people might not notice that both the landmarks of Borneo Malaysia are printed on the MYR 100 note. One of them is the majestic Mount Kinabalu, and the other is none other than Gunung Mulu National Park's Pinnacles, which I finally got to visit this year.

Before I got to Mulu, I had not the slightest idea of what are there in Mulu Caves. It is so remote that the only way to reach the Mulu National Park is either by a propeller plane operated by MASwings, or long hours of boat ride from another town also accessible by MASwings. 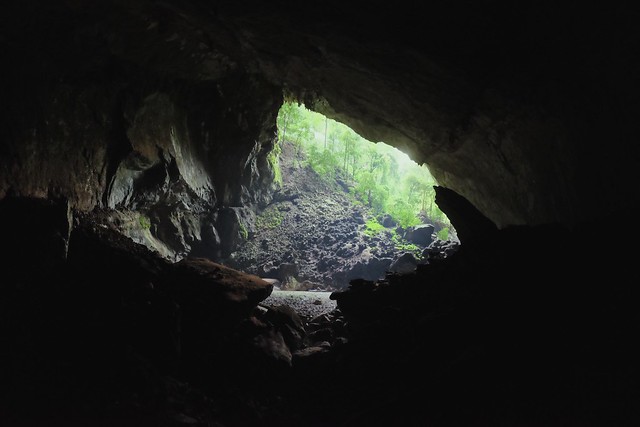 For our first day, we did what most tourist did: visiting the cave chambers. One of the most iconic cave section in Mulu, the Garden of Eden is formed after the certain section of the Deer's Cave collapsed. There is a waterfall there but I will leave it for my next visit to trek there. As the caves are mostly dark and full of Guano's (bat shit), getting a good photography was challenging. We concluded the cave visit earlier to catch the spectacular bat exodus that happens every evening. 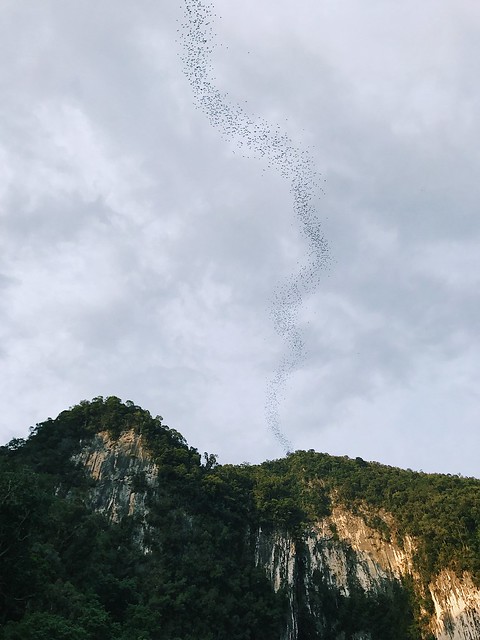 No wonder there was almost no mosquito at all despite the jungles. We have the bats to thank.

People are saying, if you have never attempted the Pinnacles, you have not visited Mulu, although after the climb I beg to differ.

About the Pinnacles, it's not really easy to get there, just like Mulu National Park. This is especially so during dry season. After morning leisure trip to the Wind Cave and Clearwater Cave (and our guide denied us of the possibility of being able to dip into that beautiful water hole just outside Clearwater), the long boats were ready for us. We turned right at a junction of the river and not long after, the ordeal of boat pushing began. 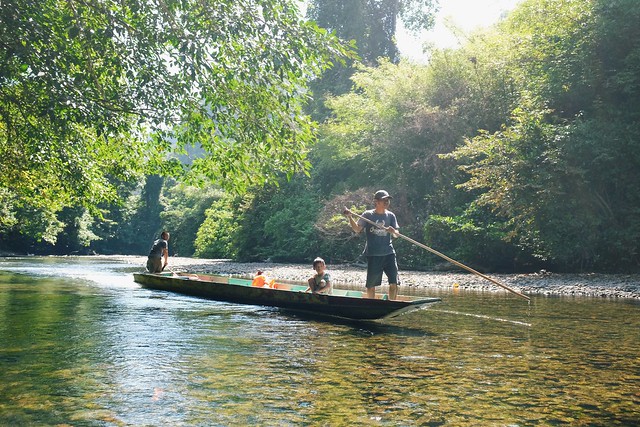 It hadn't been raining for 3 weeks, the water level went down to a level where it was hard to push the boat forward with the motorised turbine. No wonder the tour preparation asked us to bring plastic shoes (yay to Kampung Adidas) and swim pants. We went down and pushed, got up when the water was deep enough for the boat to cruise, got down and pushed again when it hit the shallow water, and the cycles repeated for about 2 hours.

It was not pleasant at all, but I think it was a very good and memorable experience. If there was no such incident, this would only be another boat trip. 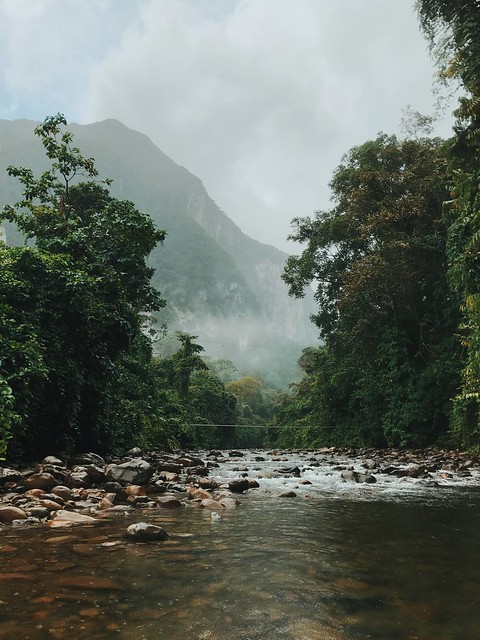 As soon as we reached Camp 5 though, it started drizzling. Well, at least we got ourselves free of the threat of leeches on our way here. Camp 5 is a very simple lodging without much amenities. There is no bedroom, we had to sleep like in labour camp on hard, raised platforms. There is no door and if you want a mosquito net you have to rent. There is only common bathrooms and toilets but reasonably clean. Despite all these, I am still going to revisit this place in future, because of the river that we can jump into anytime and the mountain in the background. Did I mention this place is mosquito-free too?

The river water was cool and crystal clear. During our Pinnacle hike, I couldn't stop myself from thinking about submerging myself in the water and let the flowing river wash off the dirt and sweat. 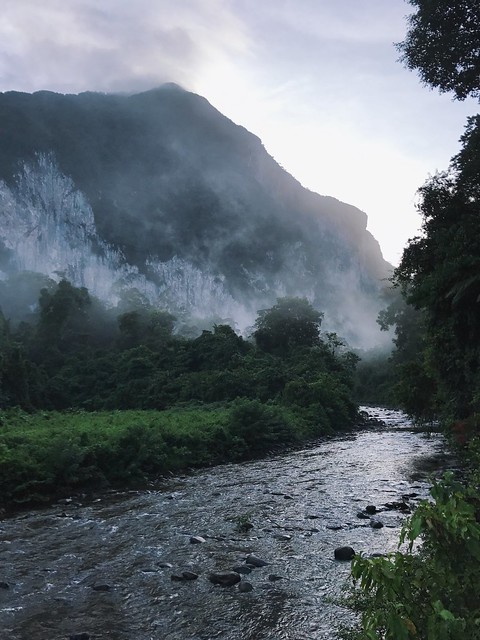 View from Camp 5 on our last morning here. There are many to explore still out here!

Some useful notes about the trip:
- MASWings operate like regular buses in Sarawak. The price of tickets are usually fixed and tickets can be booked online. We went through travel agent to settle everything.
- Tours can be booked at the Park HQ, and there are accommodation outside the Park HQ as well for rental
- It's good to include food option in your tour if you are going to challenge yourself with Pinnacle hike. More expensive, but definitely you don't want to pack the raw ingredients, prepare them and cook after a long and tiring trek.
Labels: Hiking Malaysia Sarawak
Location: Gunung Mulu National Park, Sarawak, Malaysia