Accidentally recorded in a Reverse Chronology way, this should have been the first entry about La Jolla... 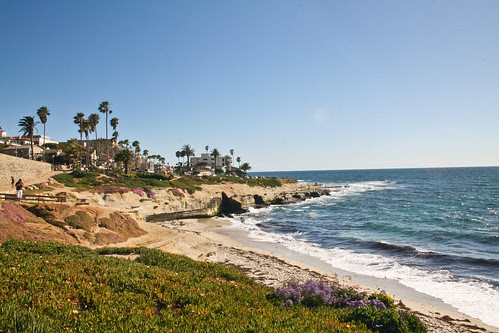 Perhaps, the memory of San Diego that got etched into my memory other than Qualcomm, is the beautiful La Jolla, which made me want to feature it for the 3rd time in my blog.

And up until the third post, I still haven't written about the most touristic side of the beach in La Jolla, the La Jolla Cove and Children's Pool. 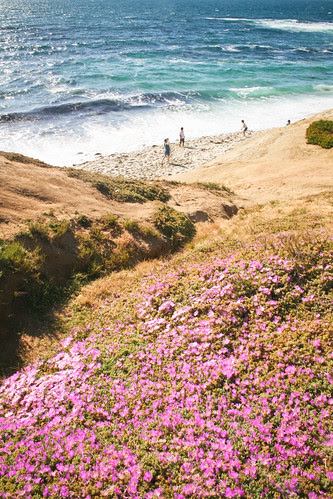 It was late spring. I was lucky that flowers were still everywhere on the beach.

Views along the beach did not stop to amaze me. Especially when I came to the Children's Pool. Used to be a playground for children, due to the naturally formed shallow lagoon, now it had been overtaken by the army of seals. They came up to the shore to nap and to become the attention of tourists. 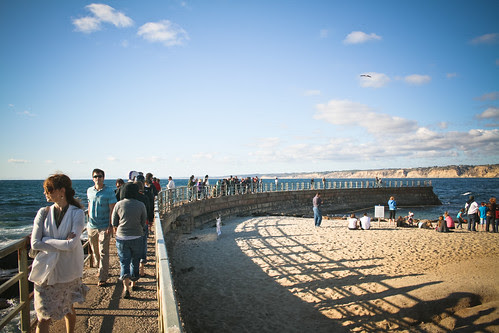 The arching walkway for tourists to get a better view of the seals, crowds and strong waves that splashed onto the wall of the walkway made this walk to stay dry a difficult stunt. 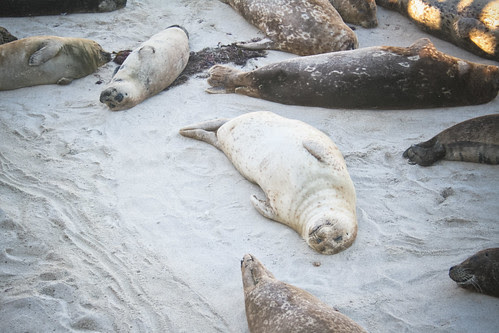 As if smiling in the dream, a white seal napped there on the beach along with its family. 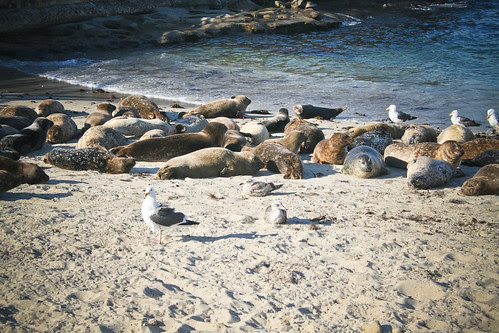 Seagulls came to make friends with the seals too. Harmony in nature in display here. The envy of humans who cannot even live peacefully within their own social circles... 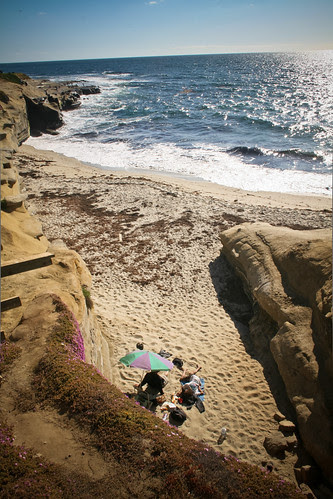 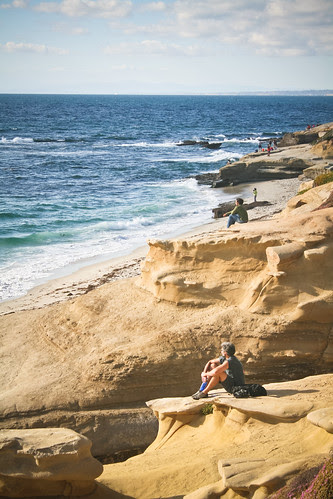 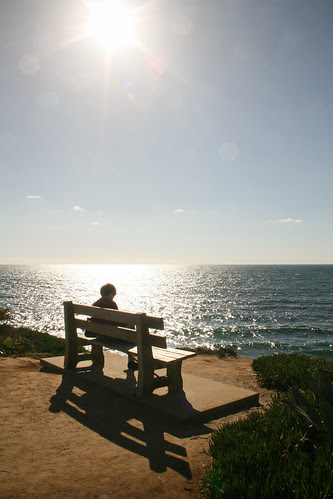 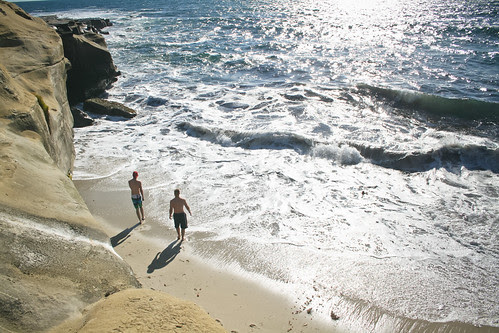 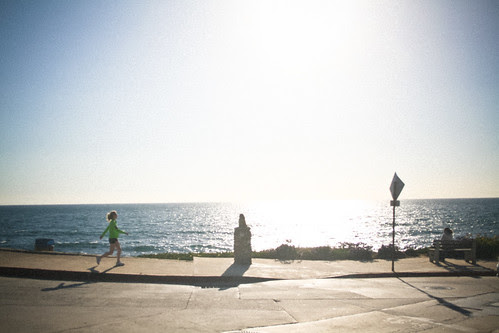 San Diegans were enjoying the beach, doing all kind of activity along the beach. Despite the cool weather, they could be seen wading half naked and with shorts, jogging along the beach, reading under the sun by the beach... What a seemingly carefree life! A contrast to typical Asians' way of living life.
Labels: San Diego
Location: San Diego, CA, USA

You really have amazing sense for all these beautiful works.

Do you mind contacting with us?

We are from Taiwan and want to know how to cooperate with you in business field.

We really like your photo. Here is my email: enya@lart-asia.com